by Seth Walton
in MUSIC
0

Changing band members can be tricky. It’s sort of like replacing the engine and the gearbox in your car; necessary at times, but it may never quite run as smoothly again. After a reshuffle of personnel – now only one original member remaining – Milk Teeth are getting their show back on the road with a new eponymously titled album.

A rampage of upbeat, Pop-punkiness, Milk Teeth hardly stops for breath over the course of 11 servings. This album is a racket of no-prisoners power chords and gut-busting drums beats, forming the backing track to lead singer Becky Blomfield’s characterful vocal.

Positively bursting at the seams with rebellious attitude, the tone and delivery of Blomfield’s voice is quintessential Pop punk, emulating the likes of mid-naughties punk royalty Avril Lavigne and P!nk with impressive power and range. 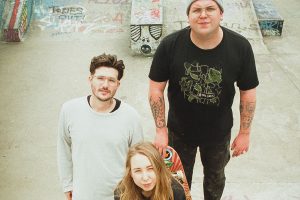 Milk Teeth is littered with other hard rock influences, Given Up echoing pure Foo Fighters speed and ferocity as it sends your speaker into overdrive, while ‘Smoke’ denotes elements of Pixies in a low-down, chugging power riff.

The album lacks some of the refined songwriting of its influences, the individuality of songs not quite holding up as a readiness to hear the same style wears thinner over the course of the entire album. Having said that, the consistency of energy is invigorating, and no doubt their live shows will be a total riot when they take this album on tour. 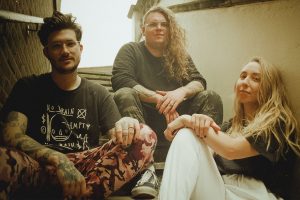 Compared to their last album, Vile Child, Milk Teeth is a decent progression forward in quality – especially given the tumultuous status of their membership roster over the last couple of years – and will likely elevate the band to the next rung on the musical ladder in the coming years.

If you’re feeling rebellious, or just feel like rocking-out in your bedroom to blow off a bit of steam, this album might be the soundtrack you’re looking for.

SHRINK, aka Sam Breathwick, made his debut last month with the breakout single Drowning. It saw him paired with...

In a first for Brighton and Hove, Platform B launches a brand new youth-led breakfast radio show to empower...

After a ferocious start to 2020, which saw the band land a top 15 album chart position with their...