Win! Stewart Lee @ Brighton Dome tickets and a copy of his new book

by William Clay
in COMEDY, COMPETITIONS
0

Widely regarded as one of Britain’s sharpest comedy minds, Stewart Lee is touring the nation with two brilliant new 60-minute sets, which he’s performing back to back every night. Crisscrossing the UK until Fri 3 July, he brings the hilarious Snowflake/Tornado double-bill comes to Brighton Dome on Tues 18 – Fri 21 Feb.

Tornado questions Stew’s position in the comedy marketplace after Netflix mistakenly lists his show as “reports of sharks falling from the skies are on the rise again. Nobody on the Eastern Seaboard is safe.”   Meanwhile, Snowflake questions Stew’s worth in a society demolishing the liberal values he has been keen to espouse in a fairy-tale landscape of winter wonder.

Stewart Lee began doing stand-up in 1988 at the age of 20 and won the Hackney Empire New Act of the Year in 1990. His recent live shows have been Carpet Remnant World (2011), Much A Stew About Nothing (2013), Room With A Stew (2015) and Content Provider (2016 – 2018). He also made four series of the exceptional Stewart Lee’s Comedy Vehicle for the BBC, which saw him recognised as Best Male TV Comic and Best Comedy Entertainment Performance at the British Comedy Awards in 2011 and a BAFTA in 2012.  His celebrated last live show, Content Provider, became a BBC special and is now available on DVD and download. 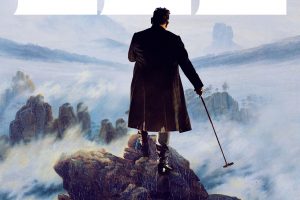 Stewart is also a newspaper columnist, an occasional music journalist and music radio presenter, and has published several books with Faber – his latest March of the Lemmings – Brexit in Print and Performance 2016-2019 being published in September 2019.

Stewart Lee’s Snowflake/Tornado comes to Brighton Dome on Tues 18 – Fri 21 Feb, as part of a nationwide tour, which runs until Fri 3 July 2020

What Do You Get…?

If ever we were in need of some festive light relief, it is now. And one source of humour...

What a pick me up! Taco fans are in for a treat with Wahaca’s new click & collect service -...